The increasing need to own your story and media

Tech companies are warring with media houses, opinion is masquerading as fact and fake news is becoming ever more pervasive. Against that backdrop, it’s more important than ever before to take control of your own narrative and media.

What happens when trust and relevance when income depends on clicks

Financial planning is a business of trust but earning trust in 2021 is not easy. “Truth” these days is a subjective concept: politicians twist the truth until facts become meaningless, and social media drowns out the truth until everyone is so confused that the original message is lost. Even mainstream media is not blameless. Just look at the recent Jacques Pauw debacle, where an error of judgement by the editors at Daily Maverick left that publication with egg on its face – and a once-vaunted investigative journalist with his reputation in tatters.

The error was made because of the panic of not being relevant. When income depends on clickbait headings and maximising the number of shares, fact-checking falls down the list of priorities. Social media needs sensationalism to survive and the mainstream media has been delivering that in bucketloads.

Mainstream media is losing out to social

Until now. Well, on the other side of the Indian Ocean at least… In a bid to break the cycle, Australia has passed an ambitious new law that forces tech giants to pay for news content on their platforms. Facebook and Google didn’t roll over without a fight – Facebook banned all news pages in Aus and Google threatened to withdraw its search engine. In the end, however, Google negotiated deals with local media companies including Nine Entertainment and Seven West Media worth an estimated A$60 million (R708m) in total, and with Rupert Murdoch’s News Corporation for an undisclosed sum. The particulars of Facebook’s deals haven’t been revealed yet, but Zuckerberg and co. have apparently also capitulated.

It’s a fascinating case study of what happens when an entire country pushes back, and an example of how journalism might remain viable in a world totally dominated by social networks.

It has been interesting to watch the developments in Australia, but similar regulations will take a long time to be implemented in the rest of the world, South Africa included. And although news organisations might finally have found a way to generate some revenue from the internet, the legislation change is not a silver bullet that will eradicate fake news and misinformation.

We have a long road yet to travel. Right now, it’s safe to say that scepticism should remain your default response to anything shared on Twitter, WhatsApp and Facebook.

Take control of your narrative

Of course, your clients are in the same boat, which raises this question: Where do they turn to for objective, honest information that will help them make informed decisions? They will turn to you! More than ever before, businesses need to own their own media. This includes social follows, interactive websites, email databases and newsletters. By leveraging the trust you have earned, you can use all of these tools to communicate with your clients in a way that cuts out the noise and reinforces strong relationships.

If you’re unsure how to navigate this uncertain terrain, we’re here to help. Drop us a line and we can assist in harnessing technology to communicate in a way that empowers your audience.

Until next time, stay safe and sane! 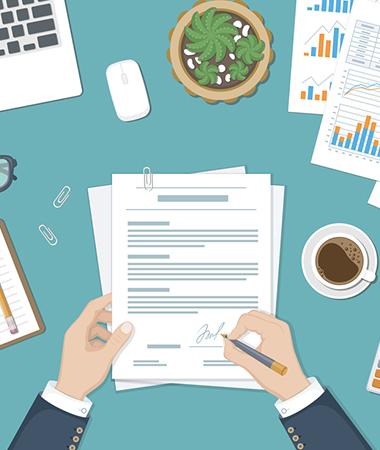 Stay in the loop!

Join our list for monthly emailers on the latest marketing developments in financial services.